Hey guys! Welcome to my top ten countdown for the entire year of 2015! Since it is the first full year of anime I have watched, it was only right to compile all of my favorites for the year into a collection of blogs!

This blog consists of my favorite male characters out of all the anime I have watched this year. Keep in mind that these are all my opinion and the list does not include characters from animes that I have not seen. Enjoy!

Why I like Him: I’ll admit, there are so many characters from K project that I like, but as of the last couple episodes of Return of Kings, he has become a favorite. I like Fushimi because he doesn’t put up with bullshit. He is honest with himself and what he wants. I’m so glad that Fushimi was just doing a mission when he joined Jungle, even though that would also have enhanced his character. His personality is super sassy and he is somewhat of a troll, but it all works for him. Why I like Him: I elected Hans as my favorite male character for Summer, but since then the effect of his novelty has worn off. Despite that, I still find Hans to be a very interesting and strangely endearing character. Rock no Yuusha was somewhat of a meh anime, but Hans made the show one million times better. I knew I was going to like him the moment I spotted him in the cover art, and of course that has come true. It’s also adorable how Hans bases his assassin moves off of cat tendencies.

Why I like Him: If I wanted to piss everyone off, about half this list would be filled with characters from Haikyuu! I chose Bokuto to be on this list because he is literally the most adorable thing to hit the screen this year. Even though he acts all tough and like the giant support pillar of his team, he is actually an adorable lovable baby. When they introduced his character in the training arc, I fell in love right away. All I want from him now is more screen time, that is how he will climb my ranks.

Why I like Him: As you read this list, you may realize that I have a thing for scumbags. App is no exception. Even though his character design (dark skin, white hair, with a thug-like personality) is becoming more common, Zapp sticks out as my favorite because his character is best executed. Every time Zapp comes on the screen I am either laughing at his ridiculousness or smiling at how he is actually a pretty great guy. Either way, Zapp is a fun character to watch.

Why I like Him: Miyuki has become a total badass. From the time he began as captain to now, Miyuki has grown tremendously both as a player, and as a character in general. It is so much fun to watch Miyuki become a great captain, even though the start of his journey was a bit rough. I love how, despite becoming a total badass and reliable player, Miyuki still plays around with the other players and messes with them. Hs determination is unparalleled by anyone in the series and he is so much fun to watch.

Why I like Him:  First off, this is a fantastic premise for an anime characters, and one that I have rarely seen. Nick is a very interesting guy, from his past to his mannerisms, it is always hard to tell what he is thinking. I love that about him. Unlike other characters, who have every emotion clearly expressed in the most typical way, Nick expresses his emotions completely differently, so you can get to know the character over time. Oh, did I forget to mention that Nick is a total badass? Although the anime fails to push the plot anywhere, it does an excellent job of developing Nick (and Worick) through flashbacks.

Why I like Him: I can’t help but draw a comparison between Hachiman and Fushimi, simply because they are moody. Unlike K, SNAFU allows you to enter Hachiman’s thoughts, which makes him just that much better of a character. Hachiman is great: he is insightful, thinks things through, and has the best quotes of any character I have ever met. Seriously though, google some of his quotes, they are a gift to humanity. Hachiman puts into words the emotions that many people avoid. I also think his bad attitude is quite humorous.

Why I like Him: Pretty much every once of trouble caused in Durarara can be traced back to Izaya. He is cunning, difficult, and loves humans so much that he plays with them as if they were toys. Izaya is one of those characters who you hate, but also can’t help but love them to death. I would not call Izaya the antagonist of Durarara because all he really wants to do is play and have some fun, no revenge or annoying thing like that. Izaya fits nice and soundly into my list of step ten characters of al time. He is seriously the bomb!

Why I like Him: Karma is actually quite similar to Izaya, except he tends to be more sadistic. Karma is adorable in his sadistic ways, always just playing around with a nice big smile, while also causing people pain. Karma is a super genius type, and one who is executed very well as far as anime characters go. He is also on my list of top ten anime characters of all time. Karma is adorable, hilarious, and intelligent. When on screen he totally steals the show! Assassination Classroom would not be nearly as great without him.

Why I like Him: And the win goes to Ban! I have loved this character ever since he first appeared in the anime. From voice actor, to appearance, everything about him is on point. Despite his delinquent-like looks, Ban is actually an honest and very straightforward character, who still has fears, despite being immortal. I love watching Ban on screen and I think he has some of the best character development to be found. He is fun, engaging, and just an all round good character. I also love the mission he has devoted his life to, finding a way to bring back Elaine. Ban is the bomb and he resides in my top ten characters as well!

Thank you for reading and I hope you liked my blog! Be sure to check out the final results (points all added up) to see how each anime did 🙂

My name is Delaney and I am a student blogger from from Santa Clara University in California. View all posts by delaneysloane 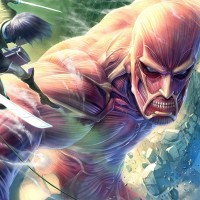 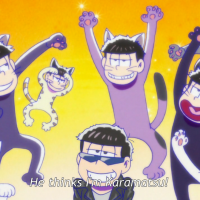 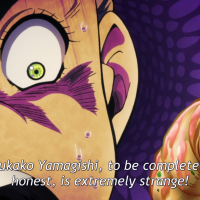